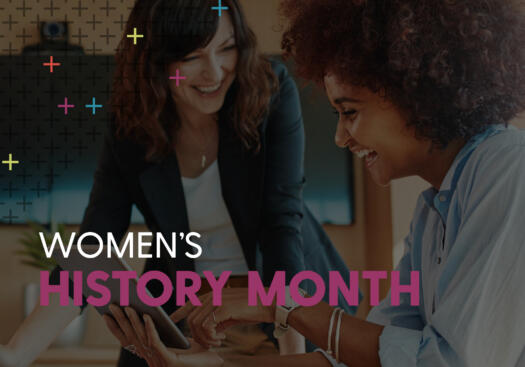 Women’s History Month is dedicated to celebrating the achievements of women throughout history and the fight for gender equality. From science to politics, it’s a chance to reflect on the trailblazing women who paved the way for change.

You likely have heard of the accomplishments of many female figures such as Helen Keller, Harriet Tubman, Maya Angelou and Amelia Earhart. While their contributions to society are significant and worthy of recognition, let’s consider a few lesser-known women and their stories.

Because women were often left out of historical accounts and uncredited for their contributions, there are a multitude of female world-changers you may have never heard of. Here are five lesser-known women who made history that you should know about:

Jane Cooke-Wright was an African-American doctor who played a significant role in the discovery of chemotherapy for cancer treatment. Her groundbreaking work drastically advanced the way cancer was treated. In the mid-20th century, chemotherapy was used only as a last resort for cancer patients. Her analysis and testing of anti-cancer chemicals laid the foundation for treating tumors with chemotherapy. She went on to become professor of surgery, head of the cancer department, associate dean at New York Medical College and the highest-ranked African American woman at a nationally recognized medical institution.

Deb Haaland made history as one of the first two indigenous women elected to serve in the U.S. Congress. A native of Arizona and a member of the Laguna Pueblo, she was raised in New Mexico. In 2021, she was confirmed by the Senate as the Representative of New Mexico, making her the first Native American Cabinet Secretary. She is responsible for overseeing the U.S.’s land, sea and natural resources – including national parks and public lands. Haaland’s appointment is historic in that it’s the first time a Native American has led this government department, as she plays an integral role in mediating between the government and Indigenous communities throughout the country.

Born into a Mississippi sharecropping family, Fannie Lou Hamer spent much of her early life in the cotton fields. She grew up in poverty and left school to begin working to help support her family at age 12. In 1961, she received a hysterectomy by a white doctor without her consent while undergoing surgery for a tumor removal. In 1964, Fannie helped organize “Freedom Summer” in her hometown in Mississippi to help African Americans register to vote. Her activism led her to be beaten, arrested and threatened multiple times. Despite intense suffering and fierce opposition, Fannie went on to become one of the most important, passionate and powerful voices of the civil and voting rights movement.

Dolores Huerta is one of the most influential labor activists of the 20th century and leader of the Chicano civil rights movement. Dolores helped formed several organizations and fought for economic improvements for Latino, Mexica and Chicano migrant farm workers. Her activism and lobbying led to the passing of multiple laws that improved farm worker conditions and expanded their labor rights. Dolores received numerous awards for her activism and advocacy for workers, immigrants, and women’s rights, including the Presidential Medal of Freedom and being the first Latina inducted into the National Women’s Hall of Fame.

Katherine Johnson was an American mathematician who calculated the flight paths of many spacecrafts over the course of 30 years of her tenure with NASA. For part of that time NASA was segregated, and as an African American woman, Katherine faced both racial and gender discrimination. She was forced to use separate bathrooms and dining halls while at work and was uncredited on research reports. It wasn’t until 1958 that segregation was abolished at NASA. Katharine played an integral role in charting flight paths for several major spacecraft launches, including Freedom 7 (first astronaut sent to space), Friendship 7 (first astronaut to orbit Earth) and Apollo 11 (first astronauts to land on the moon). In 1960, Katherine became the first woman to receive credit for co-authoring a research report, and she went on to author 26 research reports during her career. She is a recipient of the Presidential Medal of Freedom and wrote a memoir titled, My Remarkable Journey, which was published posthumously.

It’s inspiring to read the stories of these women who, despite great adversity and opposition, persevered and paved the way for more women to follow in their paths. And these stories barely scratch the surface of a multitude of women from all walks of life who made and are making the world a better place.

At MJ, we are actively seeking ways to empower women across our organization. Recently, our Diversity, Equity and Inclusion Council formed our first Associate Resource Group (ARG): EMPOWER Women. This associate-led group focuses on lifting the voices of women and providing resources for associates who identify as female to enhance their leadership development.

MJ’s EMPOWER: Women’s ARG also participates in our internal series, Voices Exposed, which serves as a forum for women to share their stories and lessons learned along their personal and professional journey, as well as foster connection and community with fellow female associates. We look forward to hosting our inaugural EMPOWER: Women’s ARG events for both our Indianapolis and Phoenix offices later this month.

This Women’s History Month, we hope you take time to learn, reflect and celebrate the accomplishments of all women—those who have gone before us, and those who are with us today. 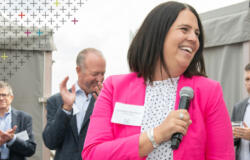 WHAT LURED ME TO MJ 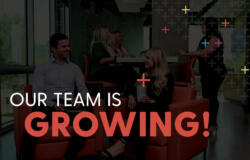