Posted on June 25, 2015 by MJ Insurance in Healthcare Reform, News

Some states set up their own exchanges, but about three dozen allowed the federal government to step in to run them. Across the nation, about 85 percent of customers using the exchanges qualify for subsidies to help pay for coverage, based on their income.

The question in the case, King v. Burwell, No. 14-114, was what to make of a phrase in the law that seems to say the subsidies are available only to people buying insurance on “an exchange established by the state.”

Chief Justice Roberts wrote that the words must be understood as part of a larger statutory plan.

“In this instance,” he wrote, “the context and structure of the act compel us to depart from what would otherwise be the most natural reading of the pertinent statutory phrase.”

“Congress passed the Affordable Care Act to improve health insurance markets, not to destroy them,” he added. “If at all possible, we must interpret the act in a way that is consistent with the former, and avoids the latter.”

Four plaintiffs, all from Virginia, sued the Obama administration, saying the phrase meant that the law forbids the federal government to provide subsidies in states that do not have their own exchanges. Congress made the distinction, they said, to encourage states to create their own exchanges. 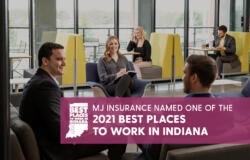 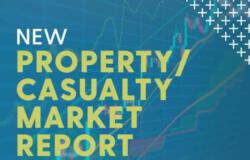 MARKET CONDITIONS AND COVID-19 CONTINUED TO IMPACT ALL LINES OF BUSINESS IN Q4 2020, ACCORDING TO CIAB MARKET SURVEY